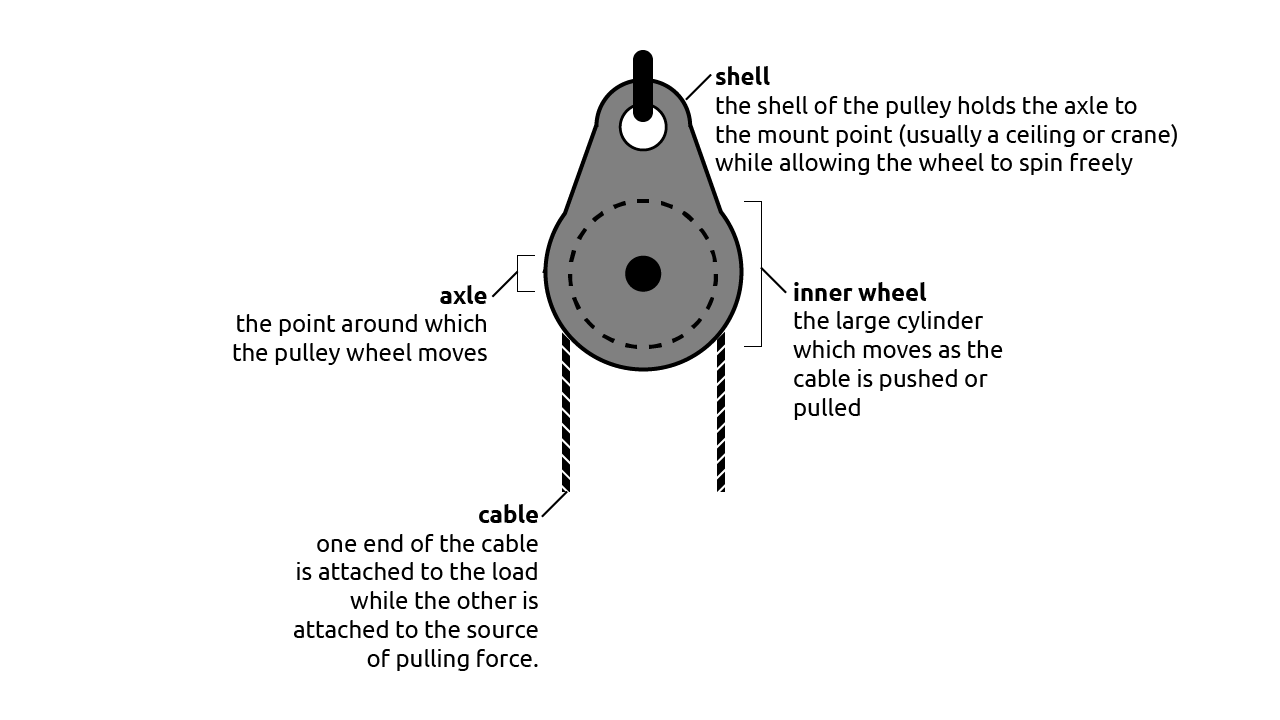 Pulleys are simple machines that use a wheel and axle to move heavy loads. In a single pulley, a rope or cable are run over a wheel. The wheel is then attached to a shell which links the axle to the mount pointthe point to which the pulley is fixed, such as a ceiling or crane. Single pulleys are usually used when the direction of forcea push or a pull needs to be different from the direction of movement. When the cable is pulled down, the loada weight to move or resistance that needs to be overcomeis lifted as high as the support. The body weight of the person(s) pulled the rope down helps lift the load up.*Macaulay, 1988

Because of frictionresistance as objects or surfaces rub against each other, the effort pulled down on the rope is slightly more than load itself.*Macaulay, 1988