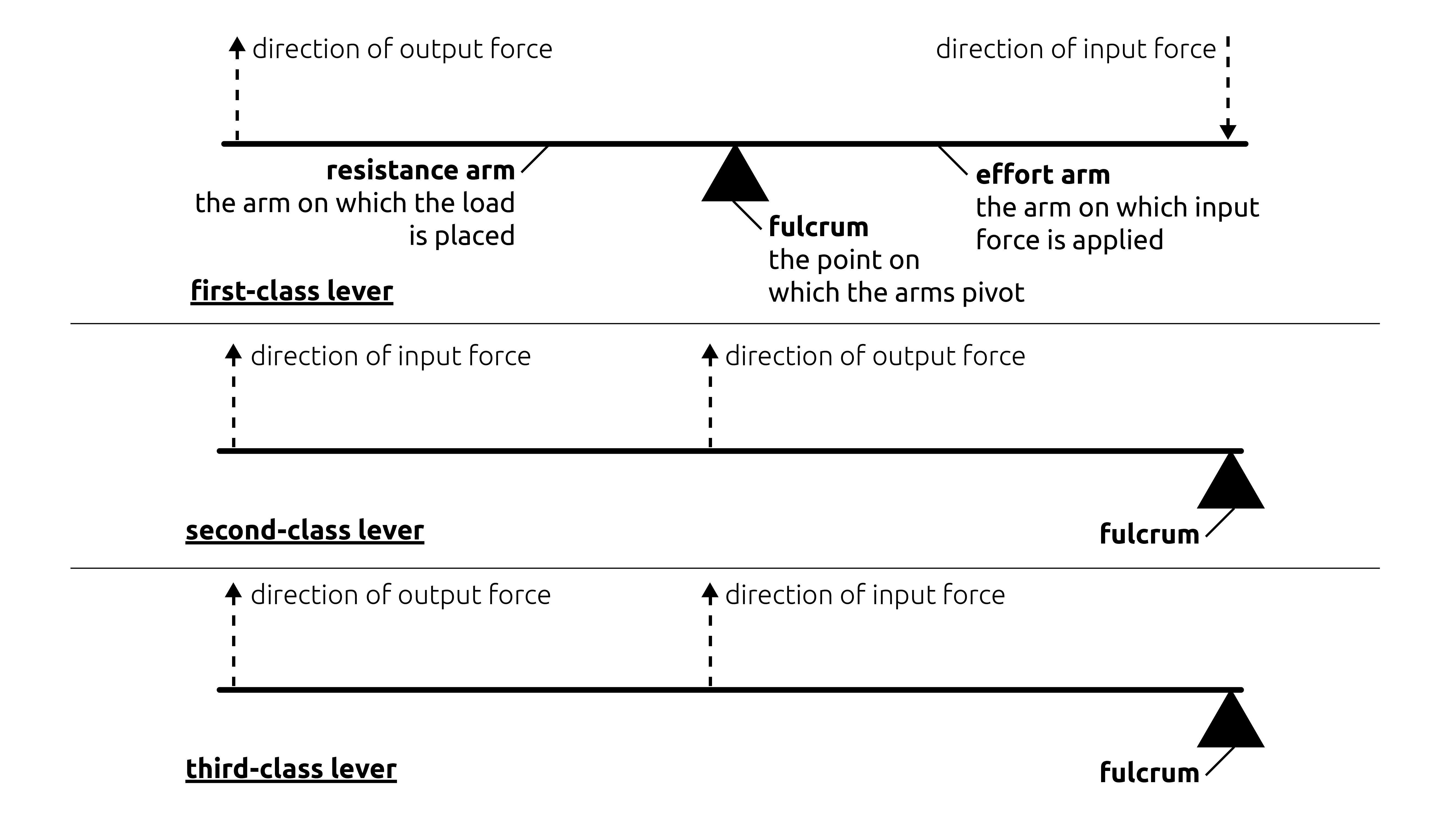 A lever is a type of simple machine that allows effort to be spread over a longer or shorter distance. This is done by changing the location of the fulcrum, or pivot point. Effort is the force that is applied on a lever, and the load is the weight that is being lifted or the resistance that needs to be overcome. (When levers press on objects rather than lifting them, the object is said to be providing resistance.) There are three classes of levers which have the effort and load in different places to achieve different goals. In all cases, the amount of force input is equal to the amount of force output, though the effort can be spread out.*Macaulay, 1988

First class levers have the fulcrum in the middle, which often turns a downward force into an upward force. The farther the effort is from the fulcrum, the more spread out the input force can be. Less force can be applied to a longer distance to move the same object.*Institute of Electrical and Electronics Engineers

Second class levers have the fulcrum at one end and the load in between the fulcrum and input force. This ensures that less force can be applied over a longer distance.*Macaulay, 1988