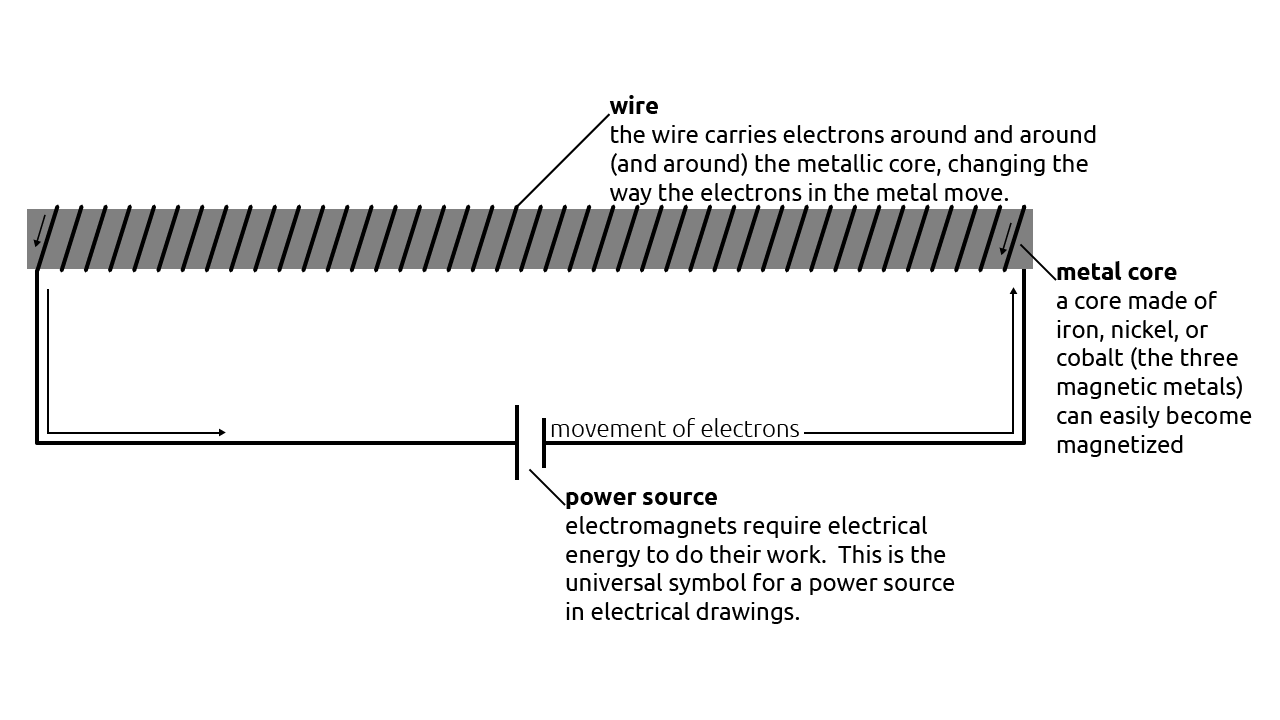 Electromagnets are made from wrapping a current-carrying conductor around a core material that can be easily magnetized. The magnetic field is created by this core. The direction of the magnetic polarityhaving polar tendencies is determined by the direction of the electric current flowing in the coil of wire, as well as the direction that the wire is wrapped around the core. This is different from how natural magnetic fields occur in minerals like magnetite. *Larson, 2012; McGrayne, Kashy, & Robinson, 2016

The strength of an electromagnet is determined by the number of coils and the current of the battery.