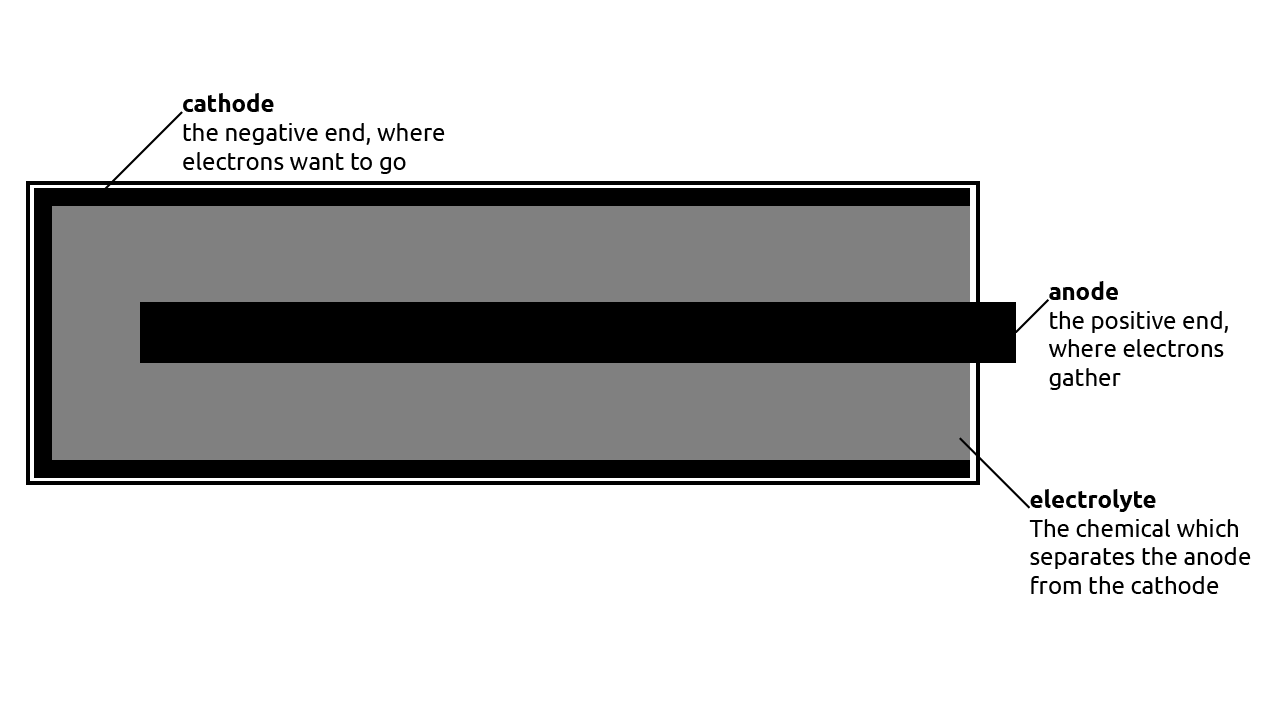 A battery is a device that transforms chemical energy into electrical energy through a simple chemical reactionthe tranformation of one or more chemicals into a different set of chemcials. *Bates, 2012; "Power Systems"

As the chemicals react, there is a buildup of electrical chargenegatively charged particles at the anode, which causes a difference in charge between the anode and the cathode. Since these electrons want to go to a place that would make the charge equal, electrons try to go to the cathode. The electrolyte stops the electrons from travelling through it. Instead, the electrons move only when the battery is part of a closed circuita circuit is completed when a conductive item connects the anode and the cathode of a battery, causing the movement of electricity. *Bates, 2012; "Power Systems"

However, the transfer of electrons is stopped when there are no longer any free electrons which can be taken from the anode of the battery. This only allows a limited amount of power available to use. When this happens, the battery can either be properly be deposed of following the state's guidelines, or some batteries can be recharged. *"Power Systems"